Chios Icaria Samos
Back to the map

A mastic-scented island with fascinating history
Chios also claims to be the birthplace of Homer. Samos is a place of overwhelming vegetation. Everything around the virgin landscape is made of colour and light. Each step one takes is a revelation. Whether in the imposing mountains, such as Mt. Kerkis and Mt. Ambelos – with alpine winter temperatures and endless rain – or in caves and canyons, the environment of Samos reminds one of the Greek hinterland in miniature.

The island of Hera and Pythagoras

Samos, Ikaria, Fournoi: three islands very close to each other, which can travel you through space and time, in myth and history, to the wonders of nature and humans. Samos island is part of the North-Eastern Aegean Islands and is located in the southern part of the group, near the Turkish coast, from which it is separated by the narrow Mykale Straits (3 km wide). Since antiquity to the present day, these three islands have been recorded as sites of unique natural beauty and praised by poets and travellers throughout the centuries. It is the island of the father of mathematics, Pythagoras, the astronomer Aristarchus and the philosopher Epicurus. It is the home of Hera and the land that hosted Herodotus and Aesop.

Located between Samos and Mykonos, Ikaria (or Icaria) is one of the largest islands in the eastern Aegean Sea! It has an elongated shape in a NE-SW direction. Its name is derived from the Greek myth of Icarus and Deadalus. All the island has a wild natural beauty, which attracts visitors of all ages from all over the world! It is a mountainous island with green valleys leading to the sea and to exotic beaches adding to its charming atmosphere. Ikaria has rich vegetation, biodiversity and an abundance of water. Many rare kinds of flora and fauna live there. The geological and geomorphological characteristics make Ikaria a unique geotope. Time never passes in Ikaria! The island of longevity! Ikaria is one of the few places in the world where people live above the age of 90! You have to come to Ikaria, live like the locals and discover their secrets for living long. 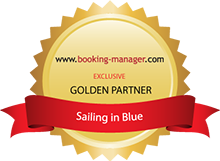